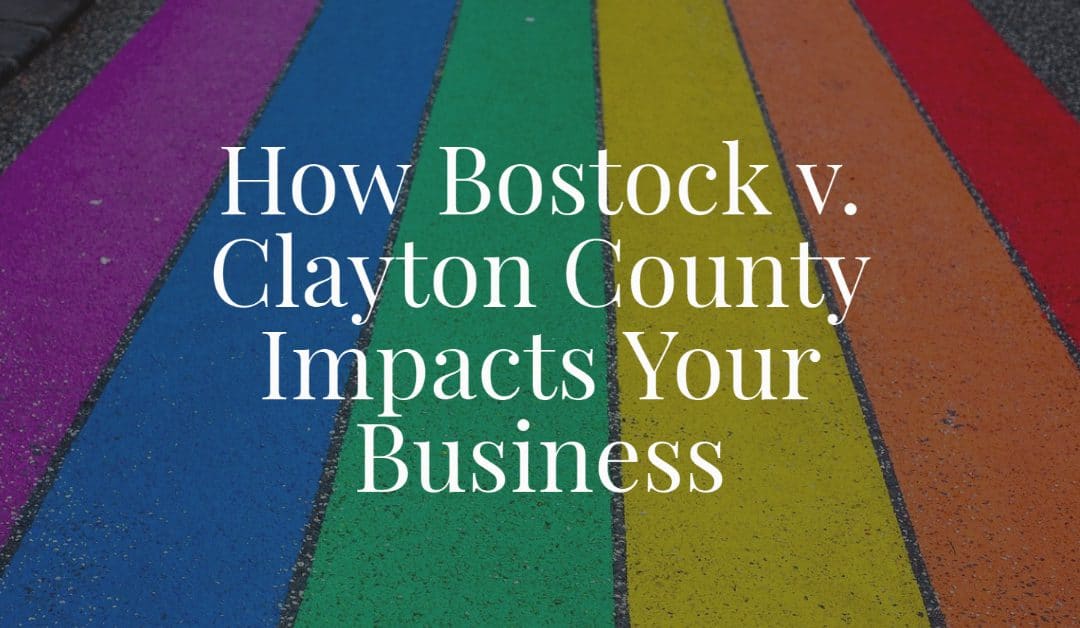 On June 15, 2020, the United States Supreme Court issued a decision on three LGBTQ employment discrimination cases. In a 6-3 decision, the justices determined that the 1964 Civil Rights Act’s Title VII protections against discrimination on the basis of “sex” apply to homosexual and transgender employees.

Justice Neil Gorsuch wrote in the majority opinion issued by the court that “[t]he answer is clear. An employer who fires an individual for being homosexual or transgender fires that person for traits or actions it would not have questioned in members of a different sex. Sex plays a necessary and undisguisable role in the decision, exactly what Title VII forbids.”

As an employer, you need to be aware of these new protections and make sure that your business adjusts accordingly. Not only did this case expand the definition of “sex,” but it also potentially holds other implications for businesses.

To begin, the test used by the court in the opinion was the “but-for” test. Essentially, this test provides that Title VII is violated if the employee’s protected class was even just one of the reasons for the employment decision.

What this means for businesses is employers should be carefully documenting all reasons for an employee’s termination and complying with the company’s policies to avoid discrimination.

In addition, this case opinion focuses on treating employees as individuals rather than as groups. For employers, this practically means that employment decisions should be made with care that equal treatment is based on an individual level, not a group level.

The main takeaways from this case is that the LGBTQ community is now covered by the 1964 Civil Rights Act’s Title VII protections against discrimination based on their sex. In order to avoid a discrimination lawsuit, employers should be thoroughly documenting their decisions and complying with company policies.