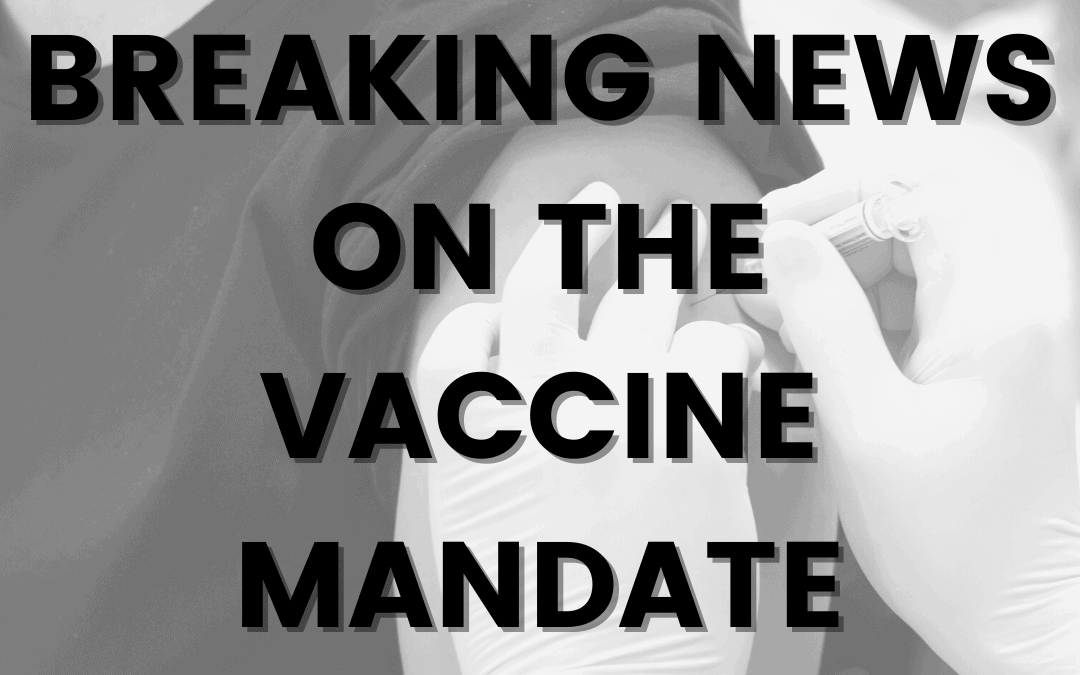 In a ruling today, the United States Supreme Court entered an order staying the OSHA emergency rule that all employers with at least 100 employees to require vaccination of its employees against COVID-19 or to implement strict testing and masking requirements. The Supreme Court’s ruling halts enforcement of OSHA’s emergency standard for now.

The rule, which was first announced by President Biden on September 9, 2021 but did not become effective until January 10, 2022, has been the subject of several legal challenges. A stay of the rule was initially instituted by the Fifth Circuit Court of Appeals before several legal challenges were consolidated in the Sixth Circuit Court of Appeals. The stay imposed by the Fifth Circuit was overturned by the Sixth Circuit, and the rule was reinstated. Following that ruling, a variety of challenges were submitted to the Supreme Court and two applications were consolidated – one each from the National Federation of Independent Business and coalition of States – and expedited arguments were heard on January 7, 2022.

In issuing the stay, the Court cited a lack of authority for OSHA: “Although Congress has indisputably given OSHA the power to regulate occupational dangers, it has not given that agency the power to regulate public health more broadly. Requiring the vaccination of 84 million Americans, selected simply because they work for employers with more than 100 employees, certainly falls in the latter category.”

The stay will prevent enforcement of OSHA’s emergency rule until, at a minimum, the legal challenges are fully decided in the Sixth Circuit. In the meantime, it appears only an action by Congress could reimpose an employer-based vaccination mandate.

In a separate ruling, however, the Supreme Court did uphold a rule by the Secretary of Health and Human Services requiring employees of facilities participating in Medicare and Medicaid to ensure their employees are vaccinated against COVID-19. The ruling found that the Secretary of Health and Human Services had been given authority by Congress to exercise this kind of authority and could therefore be enforced subject to the disposition of legal challenges pending in the Eight Circuit Court of Appeals.

If you would like to read the opinion yourself, you can find it here. If you have questions on what this means for your business, follow this link to schedule a consultation with one of our trusted business attorneys.